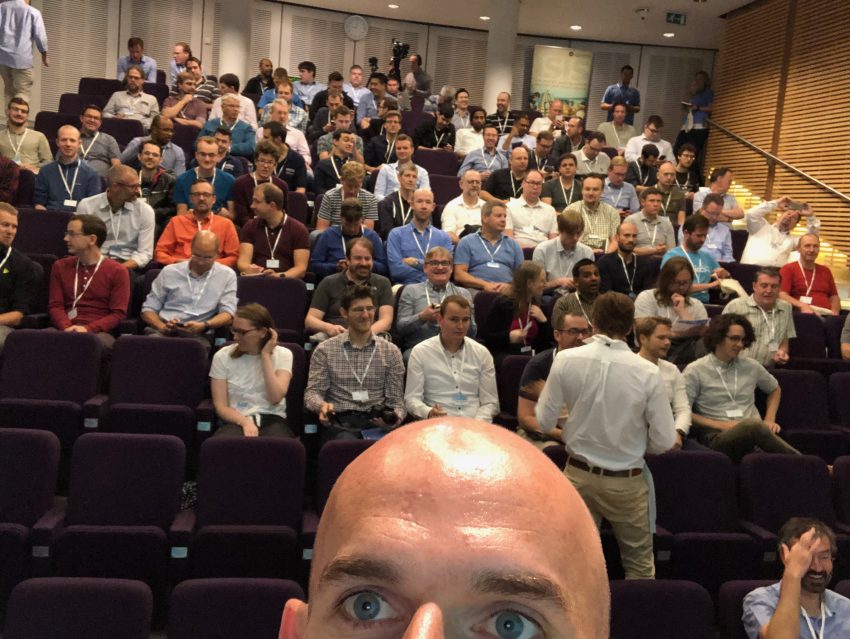 Who would have thought that 10 software developers could pull off such a task and not only make it work, but have to change venues due to demand!!

This blog post however is not about the event itself, or indeed the organising of it, it is all about ME! Just kidding, it’s actually a very short piece about my take away from the event and what it meant to me as a member of the LabVIEW community.

I have written before about what I feel makes the LabVIEW community unique and inspiring (you can read that here) and this even only added to that. The fact that so many people put not only their trust in us, but also their own hard earned money (or at the very least their boss’s money) was amazing.

As has been mentioned many times before, we are software developers. Fair enough, some of us had helped organise events such as the annual CLA Summit and local User Groups, but this was our own event, there was nothing and no-one to hide behind. No fingers to point if it all went wrong, no “oh well, shit happens” response. This was our shit and we needed to make it happen!!

So, skipping all the preparation part, let’s go to the event.

I was very honoured to be asked to give the very first keynote speech of the GDevCon era, although it was quite confusing having had my proposal to actually present rejected by the committee. Make of that what you will.

After welcoming everyone to Cambridge and to the event I moved on to what GDevCon exists and what is stands for, basically all I did was copy and paste this from the official web site. My first attempt at subtle humour was missed by probably 50% of the audience, so maybe that is something I need to work on, take a look at the video and see if you can spot it…

Next I was humbled to introduce the #OurGiantsAreFemale initiative, an idea that came from a blog post on CodeLikeAGirl by our very own Fabiola de la Cueva. All the presenters were asked to  choose a female who inspired them, who pioneered in their chosen field, or just someone who was quite badass in general. The response was terrific (that word just isn’t used enough) and most presenters took up the challenge.

After thanking our amazing sponsors (seriously, without these there would be no GDevCon) and doing a bit of housekeeping it was time to move one with the main show, the presentations.

You can view the keynote presentation here

For me the whole 2 days was a huge success. It was exhausting, both mentally and physically, but it was a success. Was it perfect? No. Will we take the lessons learnt and make it better next time? Absolutely, we wouldn’t be responsible engineers if we didn’t!

The presentations were great, loads of stuff to take home and use. The overall atmosphere was very relaxed with plenty of comedy moments and one slightly physical altercation on the main stage…

Well that’s my thoughts, probably not the best thing you’ll read in your lifetime (or probably even today) but just wanted to say how proud I am to have been part of such an event.

There are better written and more informative blog posts available, check them out here:

(there will be more no doubt, will update as and when)